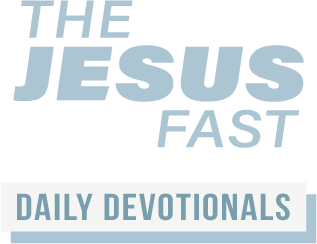 And a vision appeared to Paul in the night: A man of Macedonia was standing there, urging him and saying, “Come over to Macedonia and help us.” And when Paul had seen the vision, immediately we sought to go on into Macedonia, concluding that God had called us to preach the Gospel to them.

“We often think people choose their mission freely. It would be more accurate to say that the mission chooses the person.”

“You will be haunted by your mission, as by a phantom until you obey it.”

The Apostle Paul was wrestling with where to carry out his mission. He sought to go Bithynia but his plan was divinely interrupted in a vision of the night. A man was calling him urgently to come to Macedonia. One vision changed the trajectory of the gospel on the earth. Instead of the gospel going east to Asia, it went to Greece, and because of that, we in the west have had the gospel for two millennia. A phantom, a ghost, the Holy Ghost chose Paul’s mission. Paul didn’t choose his own. When he got knocked off his horse on a highway to Damascus, he was being haunted by the Holy Ghost and called into his mission. The Holy Ghost is the orchestrator of history. Visions and dreams are often the conductor’s baton.

My life was certainly changed by a dream, but not my own. My pastor Che Ahn who was in Maryland in 1982 had a dream of a black man saying, “Come to Los Angeles, there will be a great revival.” We got ekballoed by a dream, saw a great revival and now Harvest International Ministries (HIM) is all over the world. The Call and The Send never would have happened apart from that dream when I followed him to Pasadena, California.

Notice how when the vision came to Paul, he immediately concluded it was the word of the Lord. How do you respond to dreams and visions? Do you say, “Ah it was just a dream…” and let it pass you by? Years ago a man named Dick Simmons was praying, overlooking the Hudson River into New York City. Burdened by the gangs he was crying out, “Lord of the harvest, send forth laborers into that harvest field.” He cried so loud that the police came to arrest him for disturbing the peace. Little did he know that night, that a pastor in Pennsylvania was reading Life Magazine and his heart was arrested by an article picturing 7 teenage gang members in New York City who had been accused of murdering a 15-year-old boy disabled by polio. It wrecked David Wilkerson’s heart and he wept over it without knowing why. We know why. Someone was praying Ekballo! God called him to New York City and the rest is history. Teen Challenge, Nicky Cruz, The Cross, and the Switchblade, Times Square Church. One of the greatest evangelists in history was hurled forth into the harvest field by one man that few know. Oh but heaven knows! One man praying the Lord of the harvest, and all the souls accounted to David Wilkerson’s ministry are also accounted to the man who prays ekballo.

The Apostle Paul had a vision, my pastor Che Ahn had a dream, David Wilkerson had a Life Magazine. And behind it, all are the throbbing intercessions of those crying, “Lord of the harvest we beg you, hurl forth laborers into the harvest field.”

Have you had a dream? What did you do with it? Have you had a vision, a glimpse of your calling? Have you been haunted by a voice calling you to a mission? Someone has been praying for you. It’s time to consider doing the dream.

Lord of the harvest we believe today as we pray Matthew 9:38 that you are answering this prayer now. God, loose dreams all over the earth. Send visions to a university student in Europe; an audible voice to a Brazilian to go forth into the Middle East; arrest men and women in their everyday course of life with a sovereign sudden interruption; let a scripture sovereignly jump off the page to a man in Africa. Hurl him forth into the mission fields of the Muslim, Buddhist, and Hindu people groups. God we believe we are in the hour of the Macedonian dream. Send forth laborers into the ripe harvests of history! God, Take this simple prayer, “Ekballo” and create a worldwide sending forth. Amen.

Join us for the Jesus Fast | IT'S NOT TOO LATE

Seize this moment of history. Join me, along with thousands, on the Jesus Fast. Sign up today and receive your 40-day Jesus Fast Prayer Guide and receive daily devotionals from Lou Engle.