Then Jesus, being filled with the Holy Spirit, returned from the Jordan and was led by the Spirit into the wilderness, being tempted for forty days by the devil. And in those days He ate nothing. – Luke 4:1-2

Then Jesus returned in the power of the Spirit to Galilee, and news of Him went out through all the surrounding region. – Luke 4:14

The Spirit of the Lord is upon me because He has anointed Me to preach the gospel to the poor; He has sent Me to heal the brokenhearted, to proclaim liberty to the captives and recovery of sight to the blind, to set at liberty those who are oppressed; to proclaim the acceptable year of the Lord. – Luke 4:18-19

In 1999, I prayed the prayer, “How can I turn America back to God?” It became the defining prayer of my entire life and God birthed the movement of TheCall through that prayer. Is there a dominating prayer that overshadows your life, one that you could pray for 40 days, these 40 days, and enter into the unrolling of the scroll of your life like the scroll of Jesus’ life was unrolled through His 40-day fast? That prayer can change history!

14 months after my prayer, we were mobilizing for TheCall, where 400,000 would gather to fast and pray, and I had a dream in which I was overwhelmed with the impossibility of seeing America turn back to God. In the dream, a scroll rolled down before me with the Scripture of Luke 1:17: “He will also go before Him in the spirit and power of Elijah, ‘to turn the hearts of the fathers to the children,’ and the rebellious to the wisdom of the just, to make ready a people prepared for the Lord.” When I woke up from the dream, the Spirit spoke to me and said, “What I am pouring out in America is stronger than the rebellion.” The rebellion hasn’t broken, but we have not yet seen the manifestation of Jesus in His fullness. I knew at that moment that the scroll of John the Baptist would mark TheCall and would prepare the way for a Jesus Movement. For the last two decades, we have gathered hundreds of thousands in fields, arenas, and stadiums to fast and pray, believing that it would lead to a moment where, like John the Baptist, we would declare, “Behold! The Lamb of God who takes away the sin of the world” (John 1:29)!

It was two years ago on the Central Coast of California that a new scroll began to unfold before us. I heard a prophetic storyline of a great prophet’s stadium vision that began to confirm the transition I was feeling in my heart from the Luke 1:17 scroll to the Luke 4:18 scroll. This prophet’s mother lived to the age of 104. At the end of her life, she told her son that the Lord had one last prophetic word to give him, the most important prophecy she would ever deliver to her son and to the whole world. She slipped into a coma before she could deliver the word. Weeks passed until one night she woke out of the coma to say, “The Lord is going to release over your life and over the Body of Christ across the world the scroll of Luke 4:18.” After prophesying, she slipped back into a coma again and passed away the next day. Mike Bickle, my friend, and leader of the International House of Prayer, Kansas City, who was there at her death, noted that she passed on 4/18 at 4:18 PM.

When I heard this story, and as I now ponder the recent death of this prophet, I know that that woman’s scroll is unfolding for my life, for America, and for the world. It is not just the Luke 1:17 scroll of John the Baptist and 20 years of TheCall, but it is now the Luke 4:18 scroll of Jesus that is being unrolled. Coming out of the 40-day fast, Jesus entered Galilee “in the power of the spirit” (Luke 4:14). He then came to Nazareth and opened a new scroll for the whole nation – Luke 4:18.

I believe that we are in the season of that great transition. Last year, in the narrative of my own prophetic journey, The Send Orlando heralded that shift. 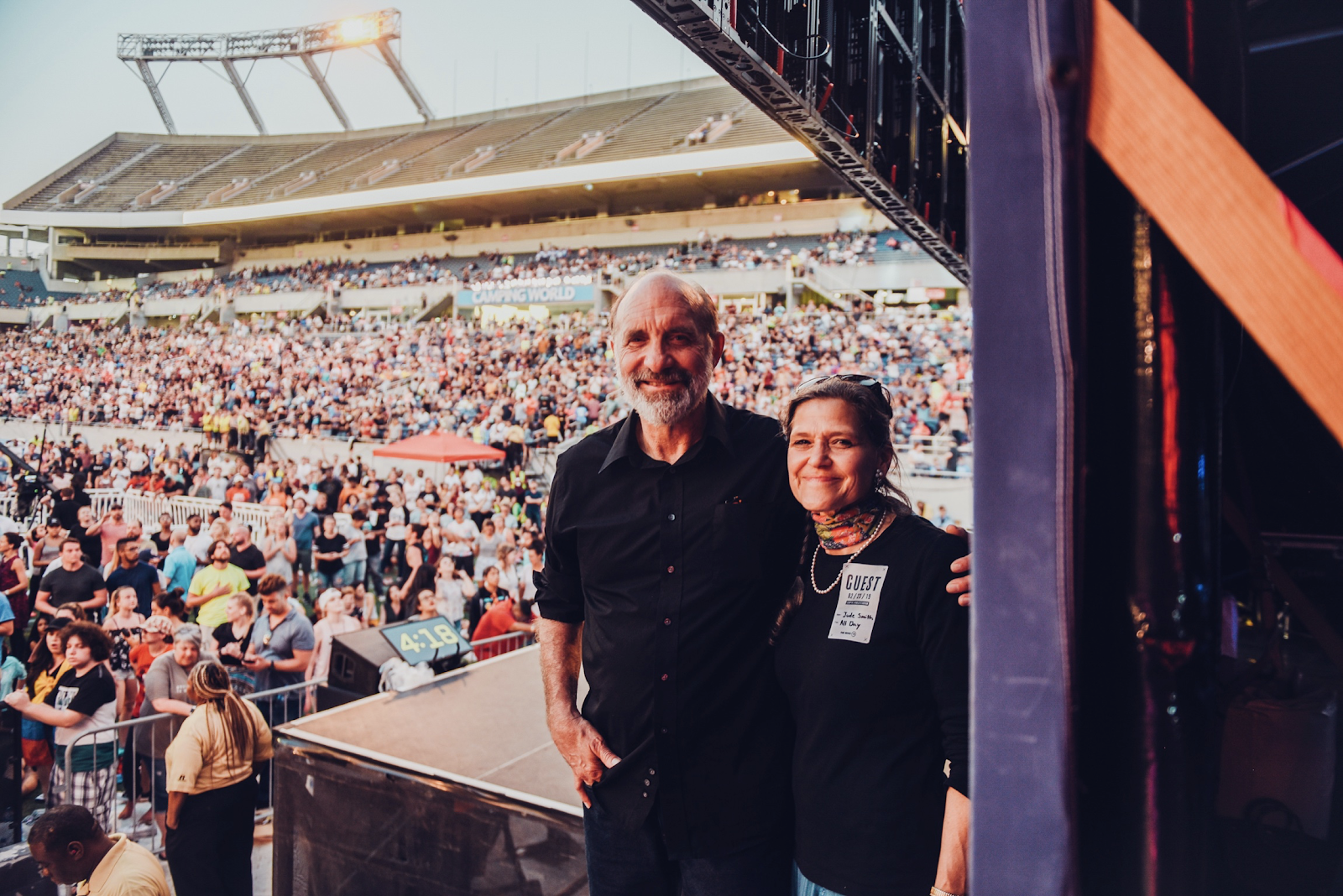 This is a random picture taken by David Parks at The Send. Look at the time on the clock in the photo. We prophesied that The Send would help release the Luke 4:18 scroll. The photo is a whisper that is becoming a roar all over the globe.

Following The Send Orlando, 18,000 joined with TheJesusFast.com (with thousands beyond that) to fast 40 days. Now, I’m going to show you these videos from The Send Brazil. We believe that last year’s 40-day fast helped birth The Send Brazil and what you are about to see. What will happen when hundreds of thousands, possibly, enter this year’s global 40-day fast? What will be the effect for harvest for nations around the globe?

Right now this Global Jesus Fast is spreading around the nations as thousands are praying for the manifestation of the scroll of Jesus, Luke 4:18. For 40 days let our prayers be like the sound of many waters around the throne.

Lord release your fast across the earth!  Manifest Luke 4:18 to all nations and peoples! Let the blind see, every sickness be healed. Freedom to the oppressed!!  Jesus roaring with conquering Love through us!!

Lou Engle Ministries exists to mobilize fasting and contending prayer, to envision and empower Stadium Christianity, and to mobilize justice prayer movements into the nations of the earth.